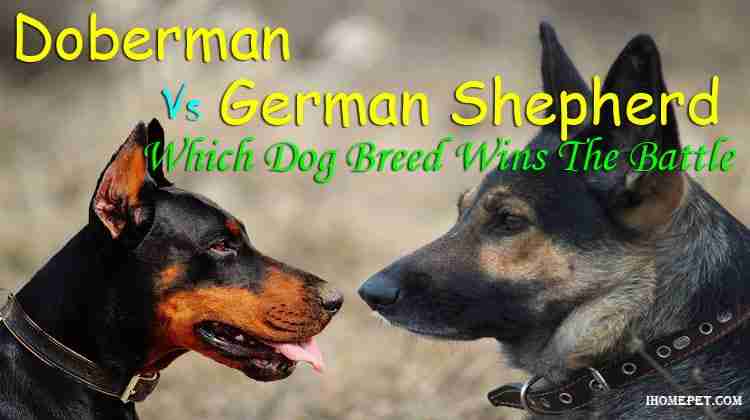 The Doberman and Shepherd dog breeds elicit a lot of excitement among their respective owners. Doing any Doberman vs German Shepherd debate is always a futile exercise with every owner unrelenting in their support.

Both dog breeds have very strong characters, are intelligent, very protective and generally any trait you would want in a dog. After several days of research and interaction with these breeds and their owners, here is a comprehensive comparison between the two breeds. 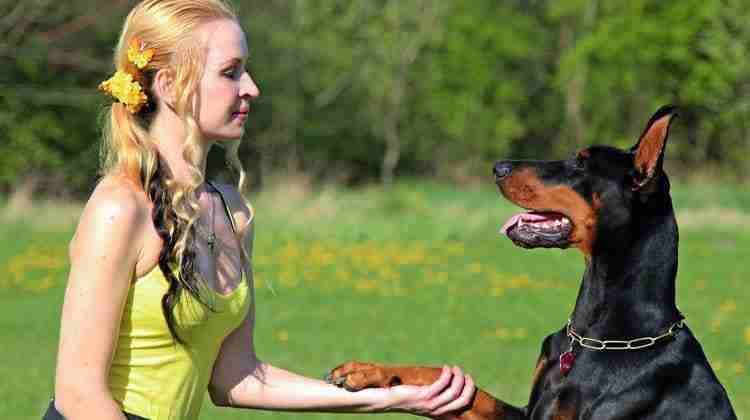 First bred in Germany, Dobermans have grown in reputation for their use as guard dogs. They are large sized dogs with an elegant, sleek and compact build. This dog breed possesses a short and smooth coat that does not shed much.

A fully-grown Doberman has a height of about 26 to 28 inches and weighs averagely 65 to 90 pounds. They have an average lifespan of approximately 12 years. 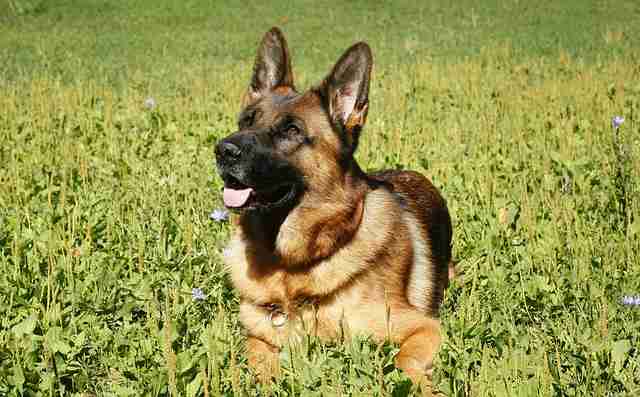 GSDs basically share pretty much the same history as the Doberman. They are well known for their strength and finding use as working dogs. They are more of herders than guarding dogs though. Over time, they have been widely used in the security and military sector as service dogs.

German Shepherds grow to a height of approximately 26 inches with a weight ranging from 75 to 95 pounds. They have a heavier built than the Doberman but have a thicker coat that sheds moderately. German shepherds live for about 10 to 12 years which is similar to that of the Doberman.

Of the two dog breeds, it is the Doberman who is considered a healthier breed. They are less susceptible to health complications. This does not, however, mean that you would have a carefree dog ownership though.

There are some conditions to look out for such as Cervical Vertebral Instability and Cardiomyopathy. They are not common but may become problematic for this dog breed if not closely monitored.

Hip dysplasia, narcolepsy, and Von Willebrand’s disease are some of the minor concerns you will have to deal with.

When it comes to health, the German shepherd has a considerable list of concerning health issues. This is, therefore, one of the keys concerning issues in matters Doberman vs German Shepherd.

A GSD is always prone to elbow and hip dysplasia. These joint problems are more concerning as the dog grows older. As a result, it is recommended that you take the GSD for regular checkups, give them plenty of exercises and a healthy diet.

There are other lesser health concerns such as cardiomyopathy, malignant neoplasms, gastric torsion, and cauda equina. Regular checkups in other parts of the body are a must to keep him healthy.

How much do these breeds shed?

The Doberman Pinscher vs. German Shepherd comparison must always include the shedding tendencies of the two breeds. Pet hair flying all over the house is a worrying prospect for potential dog owners. One that sheds less is most welcome.

The Doberman has a short coat which lacks a thick undercoat which you would have to deal with. The coat consists of small, coarse hair which sheds less. Good luck on finding a dog that will not shed.

Their grooming needs are also not that demanding as their German Shepherd counterparts. GSDs require more attention since their shedding is much noticeable.

Your GSD will, therefore, need regular bathing and brushing to de-shed the loose hair. The right tool for the job: shampoo and a de-shedding tool is a must for any potential owner so as not to damage their delicate skin.

The tempers of these two breeds are pretty much the same due to the similarity in their genetic traits and how they have been bred.

They require plenty of exercises and socialization to keep their tempers down. Since they are high energy demanding, walks, fetching games and romps should be availed in plenty.

With proper training, German Shepherds are better with family and kids than Dobermans. When you tone down the aggressiveness and tempers, GSDs will be very loyal, protective and outgoing.

They are very responsive and sensitive to their surroundings. They would not appreciate being confined, though not as much as the German shepherd. They are unlike the soft and gentler Shepherds.

When comparing the Doberman or German Shepherd for family, then you are probably better off with the German Shepherd. However much they do not appreciate being confined, adequate daily exercise, lots of space and good training, they are the better family friends.

Deciding on a better breed between these two is an impossible task. Both have their own sets of pros and cons and are mostly identical in behavior and traits.

Settling this debate calls for some Solomonic wisdom. How about a crossbreed between the two? An interesting prospect huh? A German Shepherd Doberman (or Doberman Shepherd) is any dog owner’s dream dog. It is Intelligent, powerful and very versatile. It is like a fusion of a Ferrari and a McLaren or a Lamborghini.

The crossbreed is a large breed and can weigh up to 110 pounds and grow to heights of 26 inches. They are compact and muscled with a common silky and short-haired coat. They can be black, tan or brown, depending on the dominant gene.

Exercise and training of this mix

Just as the parents, this mix is no different. He needs plenty of exercise and obedience training if you want to keep one in the house. This eliminates destructive behavior from the dog.

She will mind being confined to a room. Free access and roaming around will be much appreciated. This breed is very intelligent and grasps training very quickly and requires low to moderate grooming.

Who is the overall winner?

The Doberman vs German Shepherd debate is one that will not end soon. They are both similar and unique in their own ways. Their dietary, training and exercise are same. There are just a few distinctions when it comes to health issues and family friendliness.

If you cannot decide on which of the two is best for you then a breed mix could bring some common ground.