You are here: Home » Dogs » How Trainable is a Pooch? (The Most Important Factors)

Some pups are beautifully behaved and obey their owner’s every command. Then there are those pooches that seem to run wild and are a handful to manage. Considering that most owners make some effort to train their pups, you may be wondering whether each dog is equally as trainable. Keep reading to understand how trainable is a pooch.

Well, the answer isn’t as straightforward as you might imagine. This is mostly because there are so many factors that come into play here. So, if you want to discover just how trainable a particular pooch is, you will need this article. For you to have a much clearer idea of why some dogs are well-trained, and others are more free-willed.

How They Have Been Bred

As you are well aware, pups can be bred in all kinds of conditions. Some are raised by reputable breeders who take proper precautions. Then, there are those puppy mills where no one pays attention to any regulations at all. Your dogs intelligence plays a huge factor, and sometimes it is smart to get a dog IQ test.

As such, these puppy mill breeders don’t pay attention to the parents’ genetic makeup, health, or even emotional tendencies. Not to mention, these pups are raised in terrible conditions. Due to this, they may not learn about properly interacting with humans or have basic hygiene tendencies.

Naturally, dogs from puppy mills may be a lot harder to train. For one thing, behavioral issues may already be hardwired in them due to early experiences. What’s more, certain health issues may cut down on their abilities to learn new behaviors.

Thus, if you have accidentally procured a dog from a puppy mill, you may find it a lot more difficult to train. Furthermore, your efforts may be limited, and your pup may not be able to pick up on certain habits. 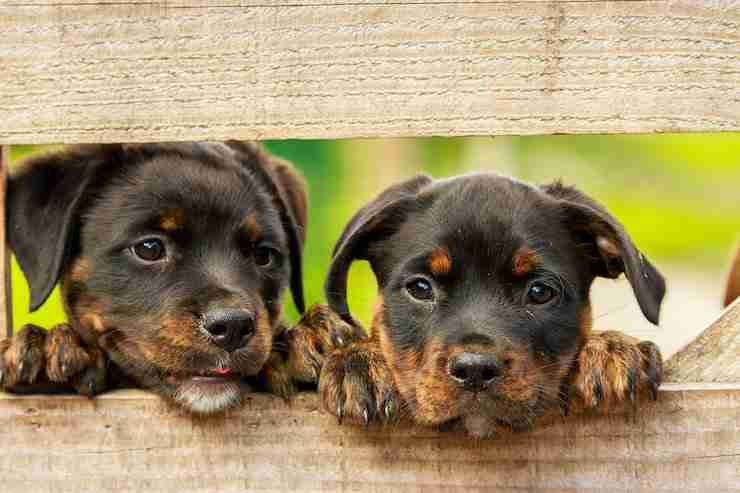 Without any new surprises, that particular breed has a rather significant impact on how trainable your dog can be. When dogs were initially domesticated, they were bred to perform certain functions. This meant that humans trained certain pooch breeds to be hunters, protectors, herders, or companions. For the most part, many of these traits still exist within breeds.

A study found that trainability and boldness differed from breed to breed. As a result, some breeds are a lot more trainable than others. Now, this doesn’t necessarily mean that if your dog is from a certain breed, he or she can’t be trained. Rather, breeds that score lower on trainability will simply be a little harder to train than others.

In fact, a perfect example of this is service dogs. As you may be aware, service pups are trained to carry out several tasks for their owners. These can include guiding people, fetching objects, or even alerting owners of symptoms of an impending medical condition.

Now, according to knowledgeable sources such as the USServiceAnimals virtually any breed can be registered as a service dog. However, whenever you take a closer look at the situation, you will notice that only a handful of breeds are trained for this position. In fact, as you will have seen for yourself, most service dogs are Labrador Retrievers, Golden Retrievers, or German Shepherds.

These breeds aren’t just intelligent; they also have a long history of being man’s best friend. This makes them excellent helpers as well as companions. Thus, they tick many of the boxes required for service animals. Also, these type of dog breeds are easily trainable and won’t require a dog intelligence test during their dogs life.

Clearly, breeds are a great predictor of how well a dog can be trained. As you know, though, no two dogs from a certain breed are exactly alike. Although most Golden Retrievers may be incredibly intelligent, it isn’t uncommon to find a few who are unable to follow basic commands.

So, in an attempt to narrow down what other factors come into play, researchers looked at numerous other elements. However, what stood out in a particular experiment was playfulness. Pups that were more playful had a higher chance of being trained more easily.

In case this seems rather odd, think again. Playfulness is a manifestation of several traits. This includes an ability to socialize and a lowered fear of people. Since they enjoy human interaction, they are also more attuned to people’s behaviors and instructions. Thus, they are more likely to pay attention to what they are being taught.

You’ve probably heard the saying, “you can’t teach old dogs new tricks.” So, is this true? Are puppies easier to train than older dogs? Well, interestingly enough, older pooches may be simpler to train than young pups. Even the smartest dogs tend to have a hard time learning in their early stages.

In case you are wondering why the answer is simple. Puppies are little balls of boundless energy. As such, they find it difficult to sit still or remain calm for long periods of time. Thus, they aren’t able to concentrate all that well. This means that it will take you a lot longer to train a younger pooch because of how distracted they are.

Older dogs, on the other hand, are calmer and more patient. This allows them to listen to instructions better and perform the necessary tasks. So, if you are trying to train an older pooch, you will be happy to know that you have an easier time ahead of you. We recommend having lots of patients even with the smartest dog breeds when they are young because they are not as easy to train.

Another point that you may have pondered is if female dogs tend to be more trainable than male dogs or vice versa. Well, there was a study conducted to determine just this. Now, on average, it doesn’t appear that there are any differences when it comes to gender. For the most part, female and male pups are equally as trainable.

However, this does depend on the breed to a certain extent. This study, in particular, found that male Dachshunds and West Highland Terriers were far easier to train than their female counterparts. Due to this particular reason, it can be difficult to generalize. The breed can play a significant role in this case.

The same study also looked at neuter status. Here, the results were more predictable. When it came to males, neutering ensured that males could be trained more easily. This is largely because neutered males tend to be calmer and aren’t nearly as aggressive as their unneutered counterparts.

Furthermore, neutered males are more likely to pay attention to their human families and listen to commands. Due to this, they will pick up on the necessary tasks and activities a lot more quickly. Thus, neutering a male pup could make the training process a great deal easier for you.

On the other hand, it doesn’t appear that there is a lot of difference when you neuter females. This, of course, is because there are fewer dog behavioral issues when females go into heat. So, even if you do neuter them, they will be little difference to how trainable they are. Neutering a female pup still has plenty of health benefits, however. 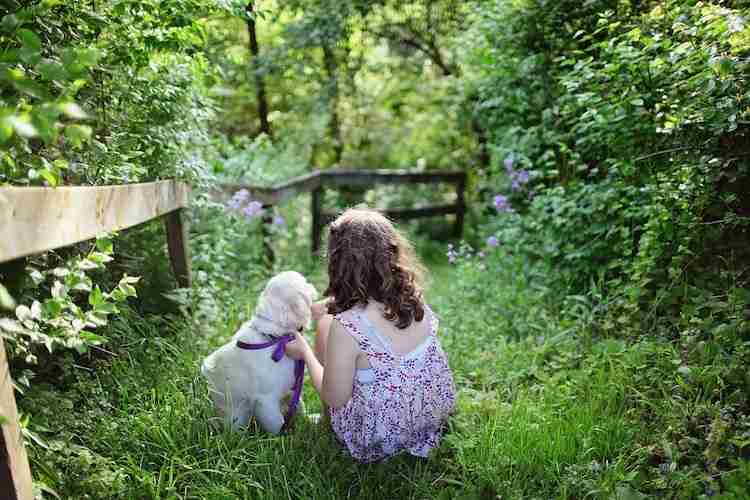 You may have noticed that some dogs are more eager to please than others. This doesn’t necessarily have anything to do with breed, though. Rather, it is about that dog’s personality traits. In short, their individual motivation plays a significant role here. Even intelligent dog breeds like Russell terriers, Pembroke Welsh Corgi, and Miniature Schnauzer would require some motivation to learn new tricks.

If a smart dog is naturally motivated to follow commands and perform tasks, then they will be more trainable. Unlike with breed, though, there is no way to predict this factor. A dog that is keener on keeping his owner happy or enjoys certain treats or craves affection will be far easier to train. Positive reinforcement goes a long way no matter what type of intelligence level your little guy or girl has.

Yes, humans play a rather important role when it comes to trainability. This is because dogs are dependent on us in so many ways. They need their owner when it comes to basic elements such as food, water, and shelter. At the same time, you are their family, and they seek you out for comfort as well.

Thus, it is only natural that trainable dogs look to you for certain behavior cues. Understand, when you are training your pup, you are making a conscious effort to teach them the difference between right and wrong behaviors. However, what about all those other times when you are unconsciously training your pup?

See, you teach your top dog about good and aversive behaviors by how you react to them when you are at home. If your dog exhibits behavior and gets unconsciously rewarded for it, then he or she will learn that this is appropriate behavior. On the other hand, if they are unconsciously reprimanded, they will be less likely to repeat that behavior.

Therefore, keeping an eye on your reactions and behavior around your dog is crucial. Whether you realize it or not, you may be a lot more responsible for your dog’s trainability than you initially imagined.

These are all the factors that will let you know just how trainable a pooch really is. All pups can be trained by their owners. What is up for debate, though, is how easy or difficult it will be to train a particular pup. Fortunately, this article should clear up several questions that you may have had relating to pup trainability.

Having your dog home trained will provide great satisfaction. Breeds like Alaskan Malamute, Doberman Pinscher, Russell Terriers, and Bernese Mountain dogs are excellent pets to own. Choosing where you train your dog is also very important. Most trainers would use a dog park for some breeds that are quick to learn. However, other breeds like the Australian Cattle dog would require a more private space when training.

When in doubt, ask your therapy dog trainer if he can tests your dogs DNA to find out more about their past. Breeds Border Collies, Pit bull, and Jack Russel Terriers are trainable dogs. For dog names and other pet products, follow our blog.

Hi! I'm Karen and a certified dog lover. As a freelance writer and blogger, I do my best to squeeze in some time with my dogs, learning more about the way they act and how I can make sure that they continue to stay well-cared for by yours truly.

My dogs have helped me through a lot, and this is my way of giving back to them! Besides animals, I also love to travel and cook, having explored my country's restaurants and unique places. Follow me as I show you all the amazing tips and bits of information I learn along the way about our furry friends!

ihomepet.com is a participant in the Amazon Services LLC Associates Program, an affiliate advertising program designed to provide a means for sites to earn advertising fees by advertising and linking to Amazon.com.

Amazon and the Amazon logo are trademarks of Amazon.com, Inc., or its affiliates. As an Amazon Associate I earn from qualifying purchases.

Additionally, ihomepet.com participates in various other affiliate programs, and we sometimes get a commission through purchases made through our links.