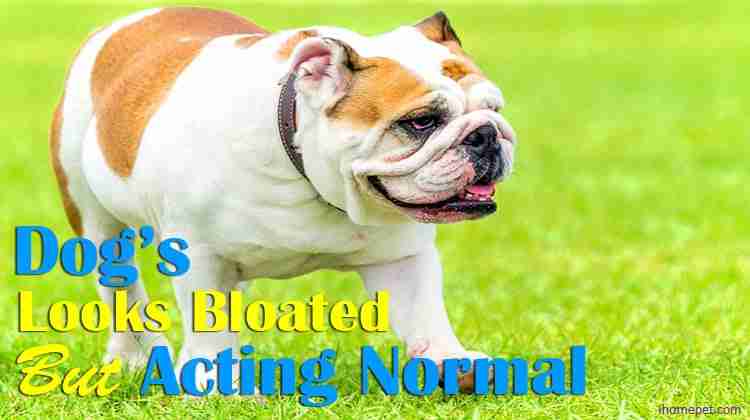 Our profound love for our dogs means that any indication of sickness from our best friend is met with unease and general concern from us. The concern even becomes unimaginable when the signs are there, but the dog acts normally. Take for example the case in which your dog looks bloated but acting normal. What could be the matter with your dog and how do you go about it? Read on to find out.

The mention of this word sends fear down dog owners’ spines. Bloating refers to the ballooning of the dog’s stomach when filled with air, fluids or food. It is the same condition you have probably gone through when you have had more than enough to eat or eaten something you should not have consumed.

When it occurs it your dog, it can sometimes be harmless or severe in some cases. You have to be careful when handling a bloated dog as the bloated stomach can be painful and life-threatening too. However, most of the time, a bloated stomach will just subside on its own without any intervention.

The Dog Looks Bloated but Acting Normal, What could be the matter?

Serious cases of bloating are always accompanied by the restlessness of your dog, an urge to vomit, circling around, has trouble breathing and a bloated belly. All these conditions would make your canine act abnormally.

What of when he walks around having a swollen stomach like everything is normal? Well, in this case, it could be just a case of overeating or drinking of too much water. The bloating disappears on its own most of the times, and if it does not, then you need to get worried. 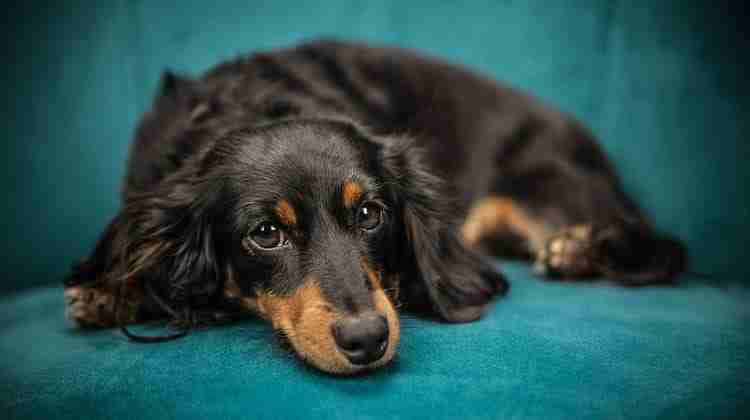 Besides the usual causes, there are several other reasons that could make your dog have that bloated stomach. Here are some of the reasons.

Stomach tumors: Any growth inside Tommy’s stomach could cause the bloating you see. At the initial stages, the dog might act normal, though as days go by, the growth increases, so do the bloating. In such cases, you are expected to seek immediate medical attention for your dog as this growth can become fatal in the near future.

Poisoning: If your dog consumes poison or anything that he shouldn’t take, then the stomach is bound to swell as the body fights to dispel the pathogens. The swelling may be temporary, and the dog behaves as usual. However, most cases of poisoning are accompanied by restlessness and vomiting from the dog.

Internal bleeding: If your dog is bleeding internally, the blood-filled stomach bulges outwards. This condition is accompanied by inactivity from the dog. He tends to lie still on one side where there is no bleeding.

Too much to eat: Is your dog gluttonous? Then you have probably noticed occasional bloating once in a while after his meals. An overfed dog looks bloated but acting normal. The more water he drinks after the meal, the bigger the swelling. This normally subsides though after a few hours. To prevent this, feed your dog on small quantities at regular times during the day.

Signs of bloating in your dog

Not all dogs will exhibit these signs of bloat, but these are some of the most common distinguishing symptoms of bloating in a dog. Normal bloating should be differentiated from the more severe condition called Gastric Dilation and Volvulus (GDV). 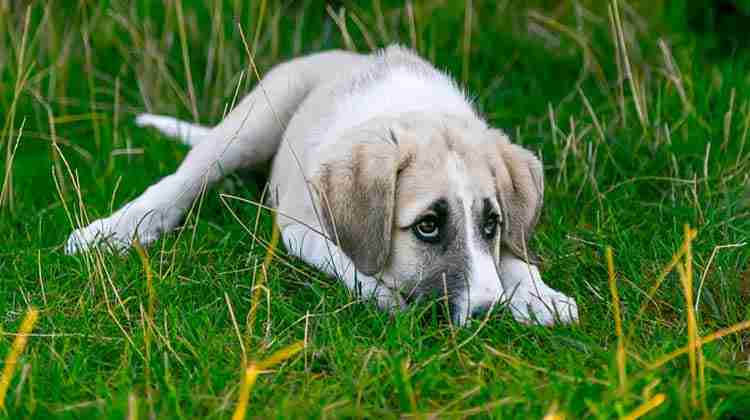 GDV is always painful and causes a lot of distress to your lovely friend. It needs prompt veterinary attention and evaluation.

For cases where the dog looks bloated but acting normal, check out these signs.

Hard, swollen abdomen: This is not so obvious for large breed and deep-chested dogs. You would also not notice a swollen stomach in a furry or an overweight buddy. When you pay keen attention, you might notice the hard stomach as you associate with the dog.

Retching: Bloating is associated with occasional unproductive retching. The dog attempts to vomit unsuccessfully but what comes out is just thick saliva and no vomit.

Elbows outward and extended neck posture: The dog adopts this posture in an attempt to improve his breathing. The swollen stomach makes it hard for the lungs to expand and relax as usual. The abducted elbows increase the amount of space in the dog’s chest for easier breathing.

Bloating commonly occurs in slim chested dogs like the German Shepherds and Great Danes. This should not mean that you ignore your other dog breeds. This condition is not just limited to these deep-chested breeds. Ensure proper vigilance to your pooch on a daily basis and account for how he spends her day.

No matter the severity of the bloating condition in your dog, it is not something you want your dog to go through. Appropriate measures should be put in place by you to ensure this does not ever occur to you just as these dog owners.

When your dog looks bloated but acting normal, it means there is nothing to worry about. The swelling will subside by itself with time. If it persists, then you may have to seek medical attention within hours as it could get serious. If you, unfortunately, find yourself in such a scenario, then do not diagnose the dog or give him medication on your own.