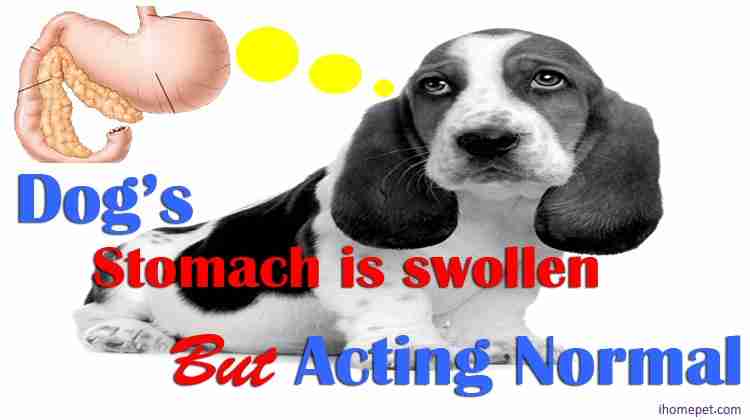 A swollen stomach in your dog is a concerning issue for most dog owners. Worse still is when your dog acts normally despite the swollen stomach. You expect the dog to show you some signs so that you know what could be wrong with her and figure out how to help her.

Having a dog stomach swollen acting normal could mean various things. These things could vary from a simple case of too much food or be bloating to more serious cases. Read on and find out potential causes and what to do in such a scenario.

Causes of a Swollen Stomach

Swollen stomachs are a common occurrence, even in us humans. It occurs in man’s best friend too. What causes these swellings can be the same or different for dogs and humans.

The term commonly used to express a more severe state of this condition in dogs is bloating. Bloating can be accompanied by excruciating pain or just a normal swelling which goes away after some time.

Bloating is more serious and should not be taken lightly. Seek medical attention immediately you notice a swollen stomach accompanied by whines and growls from your dog. It is therefore different from the normal swelling that would make the dog behave normally.

So, How Comes the Dog Stomach Swollen Acting Normal?

There are dogs who like to devour their food to every last piece. You add him another, and he eats the whole of it. If you have such a dog, then the chances of experiencing a swollen stomach are very high. In such a case, the dog would ordinarily behave normally as the swelling would dissipate after an hour or so.

To prevent your dog from overindulging in food, provide him with a schedule of frequent meal times served in smaller quantities. You need to avoid this common practice among dog owners to feed their dogs in lump sums to last the dog longer. Avoid this as it causes unnecessary swelling of the dog stomach.

2. Swallowing something she shouldn’t

As your pooch plays around, she is bound to pick stuff up that she should not. This is most common in puppies. If you do not keenly watch your dog and she swallows these stuff, reactions are bound to occur in her stomach. These cause the formation of gas as by-products.

It is the gas that swells up the stomach when it accumulates over time. This is temporary though. After some time, the gas would subside and so does the swelling.

If it does not, seek immediate medical attention and x-ray services as the dog could have swallowed sharps and indigestible objects.

3. She could be pregnant

Well isn’t this too obvious? It is uncommon for pregnant dogs to whine and growl all day. She would behave normally and go about her normal routine. It could be her first time, or you could be a new dog owner who has never handled a pregnant dog before, the swell should therefore not be a concerning issue.

A growth in your dog’s stomach could be the cause of the swelling in her stomach. A tumor would not be painful at the initial stages. However, if it advances, you will notice the dog sleeping on one side continuously. It is then that you need to worry and give a vet that call. 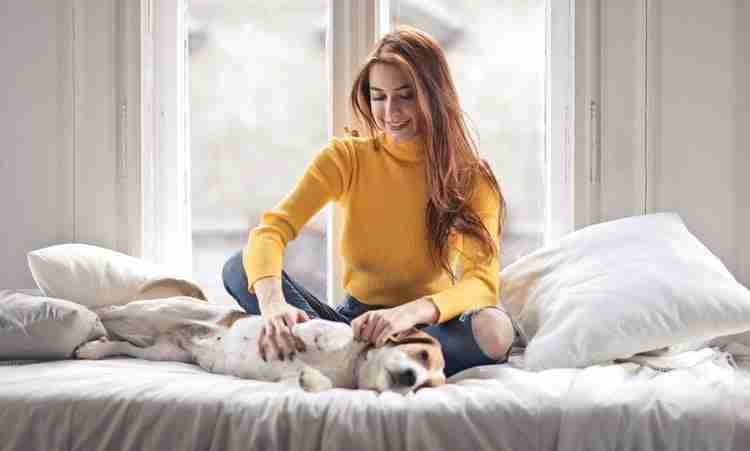 Most of us get into panic mode when you notice the slightest of changes in your best friend. It is with a good reason though. This should not be a reason to go overdrive though. If the dog is behaving normally with a swollen stomach, you are advised to let her work it out herself.

If it does not subside, that is when you need to take appropriate action.

Take Good Care Of Your Dog

When you notice the dog stomach swollen acting normal, you need to be the leader and be calm for the two of you. You don’t need to get panicked and confused about it. The dog would in most cases overcome the swell by himself after an hour or so. This normal swelling is different from the more serious case of bloating, and there is no need to get worried. Keep calm; your dog will be alright.