You are here: Home » Dogs » Can Dogs Smell Cancer Cells In Humans? 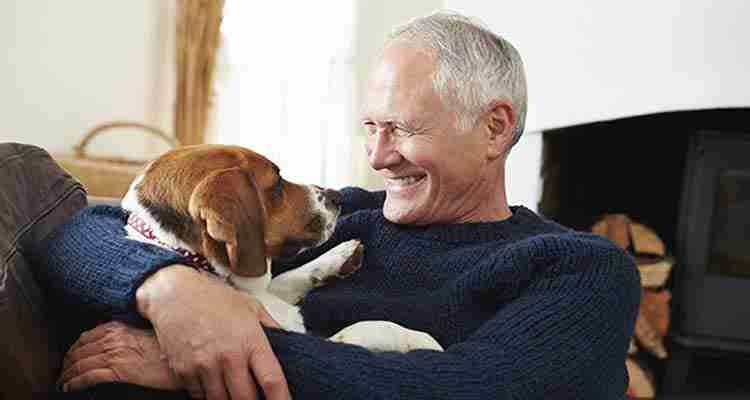 The canine nose is quite impressive. Some dogs are better at smelling things than others but all dogs are very good at detecting scents. Some dogs smell the air for a scent to track prey naturally. You’ve seen these hunting breeds known for this trait – bloodhounds, beagles, black-ticked coonhounds, walker hounds, and many others are bred to be used to track prey for hunters.

How Keen Is Their Nose?

A dog’s nose is so finely tuned that he can smell as much as five-thousand times better than you can. A bloodhound once was able to track a suspect from the scene of a crime, along a highway for nearly twenty miles, straight to the car the suspect had parked at a hotel. The skin cells of the suspect had blown out the window, all along the side of the road. The dog tracked the epethelial cells right to the perpetrator.

In short, yes, dogs are definitely capable of smelling cancer. A schnauzer was trained at the University of Arizona to detect skin cancer. He was able to walk around the patient slowly and would sit when he smelled melanoma. The dog had a chilling 100% accuracy.

We’ve put the dog nose to work in many different fields, some of which include finding lost persons, even deceased ones, and looking for bombs at airports. Some dogs are taught to seek contraband fruits and vegetables as people are attempting to bring them to different countries or states where they could spread disease unintentionally.

Can They Really Detect Cancer Cells Inside Humans Though?

Research does seem to indicate that dogs can smell many types of cancer that might be inside the human body. Ways in which they can do this is to smell a urine sample or even smell the breath of the person being examined.

In fact, depending on the type of cancer, dogs can detect it in many various ways that include:

Dogs learn to trace the specific signature of odors, with specialized training that starts when they are puppies. Some adult dogs can also be trained successfully but most dogs start on scent-training work when they are very young.

An eight-week-old puppy can begin getting accustomed to the smell he is being trained to work with by having toys laced with the smells added to his environment and being rewarded when he interacts with them. Training gets more difficult as he gets older but it starts as early as possible. In Pet Blogish you will find more.

A dog’s nose is so sensitive that they’ve been able to track a scent when it is diluted to one part per trillion. That means that if he is looking for one particular person by scent, and you had one skin cell of a trillion people, he’d find the correct person. Think about that and let it sink in. It’s incredible.

This is the name given to dogs that taught to detect and alert to specific tests. These dogs can not just detect cancer. Some are trained to smell the chemical changes that tell them your blood sugar is too high or too low.

These same dogs can specialize in specific types of cancer, like the dog who worked to detect skin melanoma. Dogs have been trained and used to detect:

A separate study also found that a dog that was specifically trained to determine when breast cancer was present, was also able to determine when either skin or lung cancers were present. This tells scientists that the scent markers of these odors are similar or the same.

Why Are More Dogs Not Used?

This is a good question. The dogs are low risk ways to determine if cancer is present. They aren’t invasive, meaning that you won’t require surgery. If you don’t like dogs or are allergic, it really won’t matter because the dog doesn’t have to smell you. They can smell a sample that you provide. This is a really wonderful way to use canines.

When there are so many dogs looking for homes in kennels everywhere, imagine the possibilities if we could train them all to be used in place of expensive lab tests? They could find better homes, you could have faster and less costly treatment, and doctors would get instant results. The dog only takes seconds to react to the smell.

Dogs are truly man’s best friend and there is a huge potential for this type of work. This would be a fantastic way of using dogs to help man even more than he already does. The costs of training dogs are not cheap but they’re also not nearly what it costs to run tests and pay for equipment. There are working medical alert dogs now and there will likely be more in the future.

Hi! I'm Karen and a certified dog lover. As a freelance writer and blogger, I do my best to squeeze in some time with my dogs, learning more about the way they act and how I can make sure that they continue to stay well-cared for by yours truly.

My dogs have helped me through a lot, and this is my way of giving back to them! Besides animals, I also love to travel and cook, having explored my country's restaurants and unique places. Follow me as I show you all the amazing tips and bits of information I learn along the way about our furry friends!

ihomepet.com is a participant in the Amazon Services LLC Associates Program, an affiliate advertising program designed to provide a means for sites to earn advertising fees by advertising and linking to Amazon.com.

Amazon and the Amazon logo are trademarks of Amazon.com, Inc., or its affiliates. As an Amazon Associate I earn from qualifying purchases.

Additionally, ihomepet.com participates in various other affiliate programs, and we sometimes get a commission through purchases made through our links.