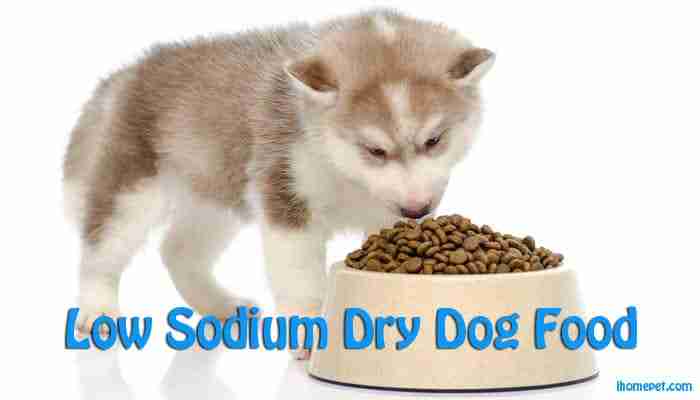 Nothing is more disheartening than knowing that your dog’s diet is what is causing her all those health problems. The effects of too much sodium in human food are well known. But how about your dog? High sodium has been established to cause various health complications in dogs. This has led to an increased advocacy of low sodium dry dog food to prevent these issues.

Here is a detailed guide to low sodium dog food to always keep your dog safe.

Why Should You Feed Your Dog Low Sodium Dog Food?

It is a well-established fact that high sodium is harmful to us humans. Rather than reducing it, we continue to take more of it in the form of junk food. Of late we have been doing the same to our dogs by feeding them food high in sodium.

Feeding your dog low sodium dog food prevents various health complications. You may not be aware, but too much sodium has even been credited with the killing of a number of dogs. It might not be fed at once, but the amount can accumulate gradually until it reaches dangerous levels.

How Much Sodium Is Too Much?

Advising dog owners on feeding their dogs on low sodium foods is a little open-ended. Don’t you think so? How much sodium is too much or too low then? This is the first question that pops up when this dog food and sodium issue is brought up.

The right amount of salt for your dog is a little contentious. The Association of America Feed Control Officials (AAFCO) does not even specify the maximum acceptable levels of sodium in your dog’s food.  There is only a minimum level specified not only for dry dog food, even any low sodium canned dog food is not exempted from these specifications.

Here are some of the guidelines you can use per 100 calories.

The National Research Council of the National Academies provides a much clearer way forward. It states that for a 33-pound dog who uses about 1000 calories in a day, the amount of sodium consumed should not exceed 2000 mg/day. These figures are kind of vague and do not provide a much clearer stipulated value.

When it comes to the dog food brands low in sodium, the foods in the list may not be the most popular. But in this case, popularity may not be what you need. Some of the food brands have been made particularly for dogs with conditions that require low sodium uptakes.

This dry dog food is made for a dehydrated dog. It has human grade recipes. This ensures that your dog stays healthy and hydrated. High sodium intake would work against the growth of your beloved dog.

This is yet another low sodium dog food brands from Hill’s Prescription. This low sodium dry dog food contains high taurine levels to support the cardiac muscle metabolism in your dog. Vitamin B is also included in the recipe for the replenishment of those lost as she receives diuretics.

This dry dog food from Royal Canin could be among the best low sodium dog food. Nutrients that help boost healthy cardiac metabolism are included in the recipe used in its formulation. The sodium levels have been moderated for a reduced heart workload in your dog.

Here is another dry dog food that falls under the category of best low sodium dog food. This food enables an efficient kidney functionality in your dog.

No Sodium Or Low Sodium?

If sodium is so contentious, should you feed it to your dog in the first place? Sodium is a good mineral for your dog and should not be eliminated. It maintains fluid balance in the body and keeps your dog’s cells from swelling or dilating. The best low sodium dog food should just contain the right amount that your dog needs for survival

Low sodium dry dog food is essential for the well-being of your dog. They facilitate healthy cardiac muscle metabolisms, preventing heart overloads in the process. Low sodium is also good for the kidneys, and they do not have to work overtime to eliminate the extra sodium dog food.