Saltwater aquariums are used as decorations that add an artistic backdrop to people’s homes, which successfully captivates the attention and imagination of any individual. Excellent lights and aquatic props contribute greatly to its mesmerizing effect. It is why being equipped with the proper knowledge of illuminating your aquatic tank is important for the life it displays. Keep reading to find out the difference between LED vs Fluorescent Aquarium Lighting.

Aquariums tend to draw people to them with a variety of aquatic creatures that they behold. Its collection of colorful inhabitants, plant life, rocks, corals, and decorations give out an aesthetic and artful ambiance which is visually-appealing to a viewer. Hence, it needs to be adequately lit with criteria based upon the lives that dwell inside it.

The hobbyist of saltwater aquariums must be truly aware of the impact of quality lighting installed inside an aquarium. A lighting system inside an aquatic container can help promote and develop the artificial ecosystem within and simulate a habitable platform. Fundamental to a simulated underwater environment would be the intensity of the light fixture and its accompanying light spectrum that can affect the quality of aquatic life.

The habitat and aquatic life living inside an aquarium could flourish and benefit from the installation of the correct lighting system. It should provide the proper amount of light intensity and the correct spectrum so that the conditions for fish tank plants, corals, reefs, and aquatic species can consistently develop and improve. The primary goal of designing and setting-up aquarium lighting systems is to simulate real-life natural underwater scenarios.

A Comparison of LED and Fluorescent Lighting Systems

The most compared aquarium illuminating systems would be the LED type and Fluorescent. Both can do the same thing, but LEDs are considered modern, while the fluorescent bulbs are known to be traditional. They both have vast differences and advantages that both share.

LED is the abbreviation for “Light Emitting Diode.” It is a miniaturized light source whose electrical components produce a calm and soft light and power-efficient. These lights improve coral propagation and incentives coral growth. When used in combination with the proper co2 equipment, it can provide a successful algae control. 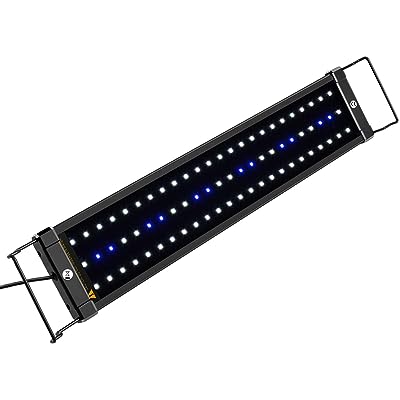 The LED Lighting System is considered a newcomer in illuminating fish tanks of varying sizes. It utilizes a new and radical technology when it comes to generating light waves. It is known as electroluminescence – the process where energized subatomic particles pass through a micro-scale semiconducting chip. The circuit requires less power, and it is why LED installments use less energy than their predecessors.

It is why LEDs have seen a massive amount of applications in today’s world. Aquariums are not exempted from the soft glow they emit. There are several significant advantages of installing LED Systems into a sea container.

The light spectrum of Light Emitting Diodes is complete. These diodes render all spectrum colors with quality resolution. It is why LEDs are reliable for reproducing lighting conditions that are virtually identical to natural lighting.

If LEDs heat up, it is only at a small amount of temperature. Because of their controlled electrical current input, the diodes just tend to warm up. The heat they produce when this phenomenon happens only occurs within their microchip assemblies, mostly located in the rear parts of the light diode.

LEDs have a shallow energy consumption level and elevated durability. LEDs are well-designed to produce light consistently while they adequately dispel the heat. This process gives LED units long durations of usage.

The initial light spectrum used by LEDs does not change over time and is consistent even with long-term use. Perfect for lived planted aquariums that have water treatments in place.

The light intensity produced by LED’s decays slowly, and they do not break nor burn. Its method ensures that the proliferation of life forms such as algae can be controlled to maintain an equilibrium within an aquarium’s miniature ecosystem. It works great for both freshwater fish and saltwater fish breeding.

The fluorescent bulb is the most commonly used piece of lighting before the LED’s came into existence. Fluorescent lamps for aquariums are available in a range of sizes, shapes, and illumination strengths that can now be applied with aquatic tanks. Fluorescent lighting systems installed in aquariums should be rated for plant growth before installation.

Fluorescent tubes have a trait of having a robust initial intensity that rapidly decays with its duration of use. If replacing the bulb, this sometimes can cause a slight shock for the fish and plants that have become accustomed to less intense brightness and, in some cases, can result in the proliferation of algae.

Fluorescent aquarium fish lights were the popular kind of system that has a worldwide demand before LEDs have surfaced. Even to this day, many people have fluorescent light bulbs working alongside LEDs to brighten up their spaces and have developed advancements for aquarium applications. Here are the widely-used and advanced types of fluorescents for fish tanks:

Regular Output Fluorescents are popularly known as standard fluorescents since they are the easiest and affordable aquarium fish light system. They usually have a wide selection of easy-to-use, power-efficient bulbs and have a consistent yield of lightwave distribution. Standard Fluorescents are the common choice for aquatic hobbyists that want to experiment with customizations and provide proper lighting methods for their fish tank inhabitants.

These types of lights are the higher output version of current and standard fluorescent bulbs. They integrate releases of dual or quad tube bulbs for emitting a more substantial light wave than single fluorescent light bulbs. Compact fluorescents have several advantages over conventional fluorescents since their assembly fills up little space, is easy to operate, has an extremely low cost of operation, and has lower heat emission, with a variety of bulbs with designated color temperatures.

These fluorescent lighting systems take another advanced step from standard fluorescents since they are developed for practical use. High Output T5 fluorescents emit high lightwave intensity, and yet they manage to radiate reduced amounts of heat energy. The HO T5 is affordable and has long-life light bulbs for marine containers. Their finished assemblies are slim and can be attached even to a limited amount of space.

Very High Output Fluorescent Tank Lighting is similar in appearance and design with standard fluorescent light bulbs. More so, they differ from conventional fluorescents since they use a special ballast capable of emitting three times more of lightwave intensities. VHO Fluorescent’s light spectrum range rates high on the Kelvin scale, which makes them appropriate for reef tanks or aquariums filled with live aquatic plants.

Classic neon lights with HO T5 or T8 fluorescent tubes continue to be widely utilized. They are affordable and sufficiently good at their job. Far from obsoletion, neon lighting can guarantee excellent performance, being satisfactory in freshwater aquariums, and are generally considered to be less demanding in maintenance than their marine counterparts. 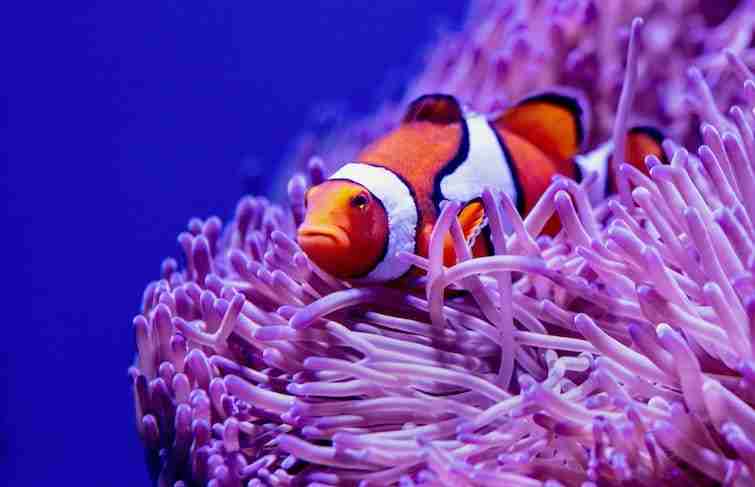 Fluorescent lighting systems due to their popularity are fielded with a variety of fluorescent bulbs. These bulbs are classified based on the light color they emit and the light spectrum that each of them produces.

The lighting of a reef aquarium adds with the decorative effect it distributes. It is also fundamental for the proper growth of plants, invertebrates, and corals. There are different types of set-ups available for such a purpose, just like the LED lighting systems for reef tank aquariums, which is considered modern and differentiates itself from fluorescent and incandescent light systems.

Reef aquariums lighting options and modified light fixtures added to aquariums should have a consistent output of light intensity, temperature, power consumption, factors essential to living conditions, and development of aquatic creatures. More so, try to combine these lights with high-quality pond filters and pond pumps for better efficiency on live planted aquariums.

Classic fluorescent light tubes used in aquariums tend to dim. Their light production is not regulated and can induce environmental shock, which can harm most aquatic species when they are replaced. In addition, both lighting types of Fluorescent and LEDs have different features and advantages that are suitable for an aquarist’s preferences for tank illumination.