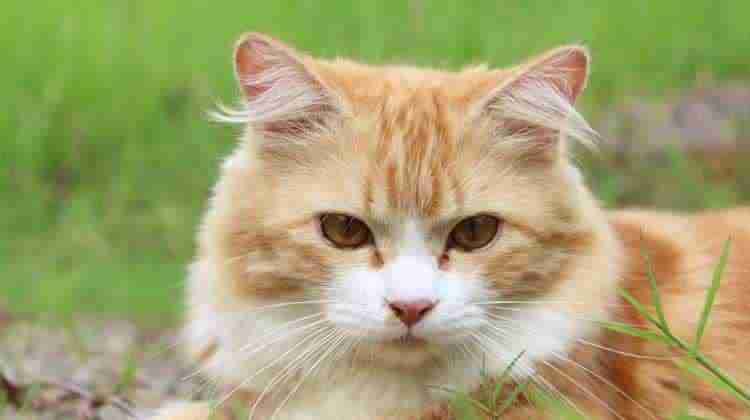 Cats have been around since the beginning of life on earth. We know that cats have been revered for centuries as they are depicted in art and relics found all over the world. Some treated cats as gods.

Today, we still love and worship our cats, even if we don’t believe they are gods. Cats are also pretty darned interesting and we’ve got ten facts that you probably didn’t know. Ready? Read on!

That’s right, cats have kidneys that are able to filter out salt and use the water anyway. This is unlike most mammals and surely nothing like humans who would die. Your cat could survive on a deserted island at sea by drinking ocean water and he would thrive. Not to mention that the beach would be one big litter box.

Scientists think that it is a genetic mutation that has caused this issue for your cat. They are not able to detect when something is sweet. They may enjoy a sweet treat because they like the way it tastes but it doesn’t necessarily taste sweet to them. This may or may not be linked to the fact that cats are susceptible to developing type two diabetes. Still, it is very sad when you imagine that you can never share the love of a sweet brownie or cupcake with your cat. He won’t understand.

Cat noses have fingerprints … sort of

The ridges on a cat’s nose are unique to each individual cat, just like fingerprints are to humans. Each cat has their very own, one-of-a-kind nose. Now, as far as using ink and paper to get a good nose print from your cat, you might wish to reconsider, as you are more likely to end-up with a claw print on your own nose.

Nikola Tesla was inclined to research electricity when his cat, named Macak, touched him and gave him a static shock. Most people would just say, “ouch.” Tesla went on to make enormous breakthroughs in electricity and it was all because of sweet kitty, Macak. I think that Macak might just become the most popular cat name of 2019. Who’s in?

Kittens sleep a lot due to hormones

Kittens need to sleep a lot because that is the only time that their body releases growth hormone. When you see a precious kitten falling asleep while sitting up, he’s not really sleeping – he’s growing! Adult cats still sleep a lot. That’s not because they are still growing. They are actually just very lazy.

Cats sleep most of their life

A nine-year-old cat will have slept so much that by the time he reaches that age, he’s only been awake for three years of his life. You thought hound dogs slept a lot. Cats are probably the most prolific sleepers in the history of the world.

You knew male cats are called “Toms” but what about females?

A female cat is called a Molly. Now that you’ve used the expression tomcat, will you also use Mollycat? Remember that we live in the modern days of equality. You’d better give Mollycats their equal time or else face the consequences!

Usain Bolt has nothing on a cat

Usain Bolt is the fastest man on earth, running and clocked at a speed of 27 mph, but a domestic cat has been clocked at 30 mph. Sorry, Usain, we know this comes as a blow to your ego, but you’ve been smoked by a house cat.

In the original Italian version of Cinderella, her fairy godmother was actually a cat. I think I like that version better, how about you?

In the 1930s, Russians learned how to stop Siamese Cats from getting black patches on their faces

By keeping the Siamese kittens in a warm room, they would never develop the characteristic dark nose and face that the breed is so well-known for. Can you imagine? You might think your kitten is sick and order Innovetpet CBD oil for cats to help with many health problems, but it won’t bring back their color!

CBD can do a lot of things but unfortunately, it cannot change the color of your kitten or adult cat. We hope that you’ve enjoyed these cat facts as much as we enjoyed putting them together for you. Cats are amazing creatures who are capable of such antics and love. A home isn’t really a home without a cat to add to the family. Remember that cats are a possible 20-year commitment and that they’ll need a lot of care and attention. They’ll give so much in return if you take care of them.